Our Mission Statement
A computer in every home, and a gourmet root beer bottle in every hand! 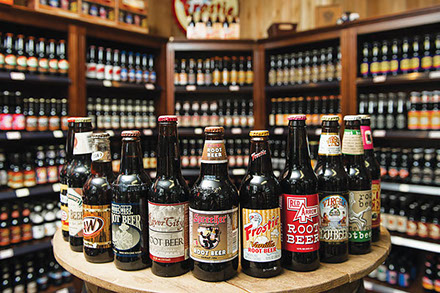 Our Goal
Provide great root beer and soda beverages and a community forum for loyalists worldwide.

Company Overview
With over 100 brands of Root Beer to choose from, some folks get lost in a world of wonder when they enter our store! Our friendly and knowledgeable staff is at hand any moment to answer any and all of your burning root beer questions.

Not a fan of the world's best beverage? Try some of our fruity and specialty sodas? These Cousins of Root Beer line our walls along with a great selection of ginger beer, birch beer, sarsaparilla, and cream sodas. Would it surprise you that we also dabble in diet soda? And don't get us started on our selection of root beer and soda-inspired treats including popcorn, salt-water taffy, barrels, carbonated candy, Fizzies, and more!

Imagine any root beer treat you can think of—we have it! Come in with your friends, family, or that neighbor you want to get to know better! Pay us a visit and make new friends! Bring the whole gang and we'll introduce you to a wonderful world of root beer! 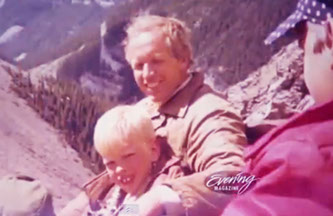 For generations making homemade root beer has been a fun family tradition, and therein lies the “root” of The Root Beer Store’s history. The store was founded by Corey Anderson who enjoyed making root beer as a kid with his family­—utilizing the yeast method of carbonating. This method causes bottles to expand and break if not cared for properly, and there are great stories going back generations of Anderson family root beer bottles exploding during the carbonating process.

With 20 years experience owning and operating small businesses, Corey had the time to try something he really wanted to do for a career. It wasn’t long before he decided to develop his own root beer brand and the the genesis of the James Caliber Soda Company.

In an effort to develop the concept, Anderson traveled to California to shadow an industry expert, during which time he was introduced to 30 or 40 different brands of root beer. Having recently mailed his father a variety pack of 12 different root beers for a Christmas present, the idea of offering multiple root beer brands to the public was born. The James Caliber Root Beer Company was put on hold, and The Root Beer Store was open for business.

Over time the selection of the store's root beer brands grew from 30 to now over 110 not including diet beverages, the single-root beers like birch beer, ginger beers, sarsaparillas, or the array of fruity, retro,and “weird” sodas (like the mystifyingly popular bacon soda).

Customers now come from across the country to visit the stores. Each brand has a history and a great story to tell combined with the branding, promotion, and the labels, not to mention the hobby of making root beer. The great root beer culture is nostalgic and alive and well today. 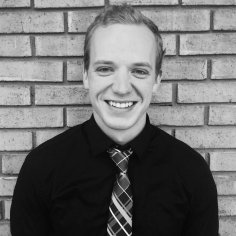 A History of Root Beer

The carbonated, creamy, soft and foamy drink we love known as Root Beer has a very long history!

As early as 1265 there are records that the British Isles enjoyed a Dandelion and Burdock beverage very similar to root beer; it was a naturally fizzy soft drink that is still made there today. 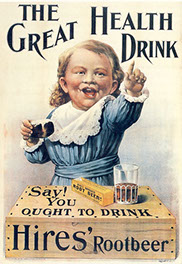 There is a story told in Belgium that St. Arnold, a monk and a scientist, studied why wealthy people were healthier than the poor. His answer was found in what the wealthy drank; instead of water, it was often a brewed drink. During medieval times sanitation was so bad there was very little clean water to drink, so the people who drank from wells, rivers or streams often became sick. It was healthier to drink wine, spirits, tea, and something known as small beer, which contains less alcohol than traditional beer. Some historical documents say Shakespeare was known to drink “small beers.” One recipe for small beer was found in early colonial America and was said to contain 2-12 percent alcohol, it included berries, herbs and bark and was considered a refreshing, social drink.

As the colonists came to America they brought with them their traditions along with new ideas but encountered some familiar problems, while clean water was plentiful at times, water stored in wooden barrels spoiled much too quickly causing illness. Therefore, brewing beer including small beer was still popular only they did not have barley or other grains for brewing at first, so alcohol was the preservative. The beer was boiled and brewed like tea to blend the flavors and kill the germs. It was then cooled and fermented with yeast. Small beer was made one of three ways; from the leftovers of the strong beers, with small amounts of grain, or was consumed during its early stage, while still sweet, before fermentation was complete.

This tradition along with the many new and different types of herbs, barks, berries and roots they found in North America was the real beginning of Root Beer. It is truly as American as baseball and apple pie.

Many people believe that Root Beer as we know it came about as an accident. There were many pharmacists trying to create cure-all drinks, often coming up with liquids containing roots, berries, bark and flavorings. You would buy the syrup from the pharmacist; take it home and then experiment with how much water to mix it with. The result tasted both sweet and bitter, and was never popular. 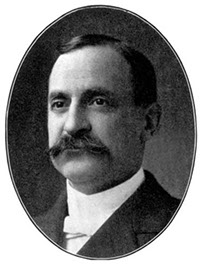 The story is told about one such pharmacist, Charles Hires, on his honeymoon. Hires came across a recipe for a wonderful tasting tea; he developed it into a powder then later liquid concentrate made up of more than 25 herbs, roots and berries. This powder was then mixed with carbonated water. It was introduced in 1876, at the Philadelphia Centennial Exhibition and the public loved it. By 1893 it had become so popular it was bottled and sold as a soft drink. The drink was originally going to be called Root Tea, but with the intention of appealing to a larger audience, he called it Root Beer.

The main ingredient for this popular drink was sassafras root, which is what produces the tangy brewed flavor root beer is best loved for but in 1960, the U.S. Food and Drug Administration banned the use of sassafras oil as it was found to be a carcinogen causing cancer. The root beer industry quickly started experimenting to find a replacement, while preserving the flavor. Inventors discovered that sassafras could be treated prior to the removal of the oil, keeping the flavor and eliminating any risk. Today artificial flavorings can be used.

Over the years root beer has enjoyed a loyal following but the resurgence in the popularity of home brewing has brought an unprecedented number of new root beers to the market. There are hundreds of root beer brands bottled in the United States, 114 of them can be found at The Root Beer Store located in Washington State and there is no doubt that number will keep rising.